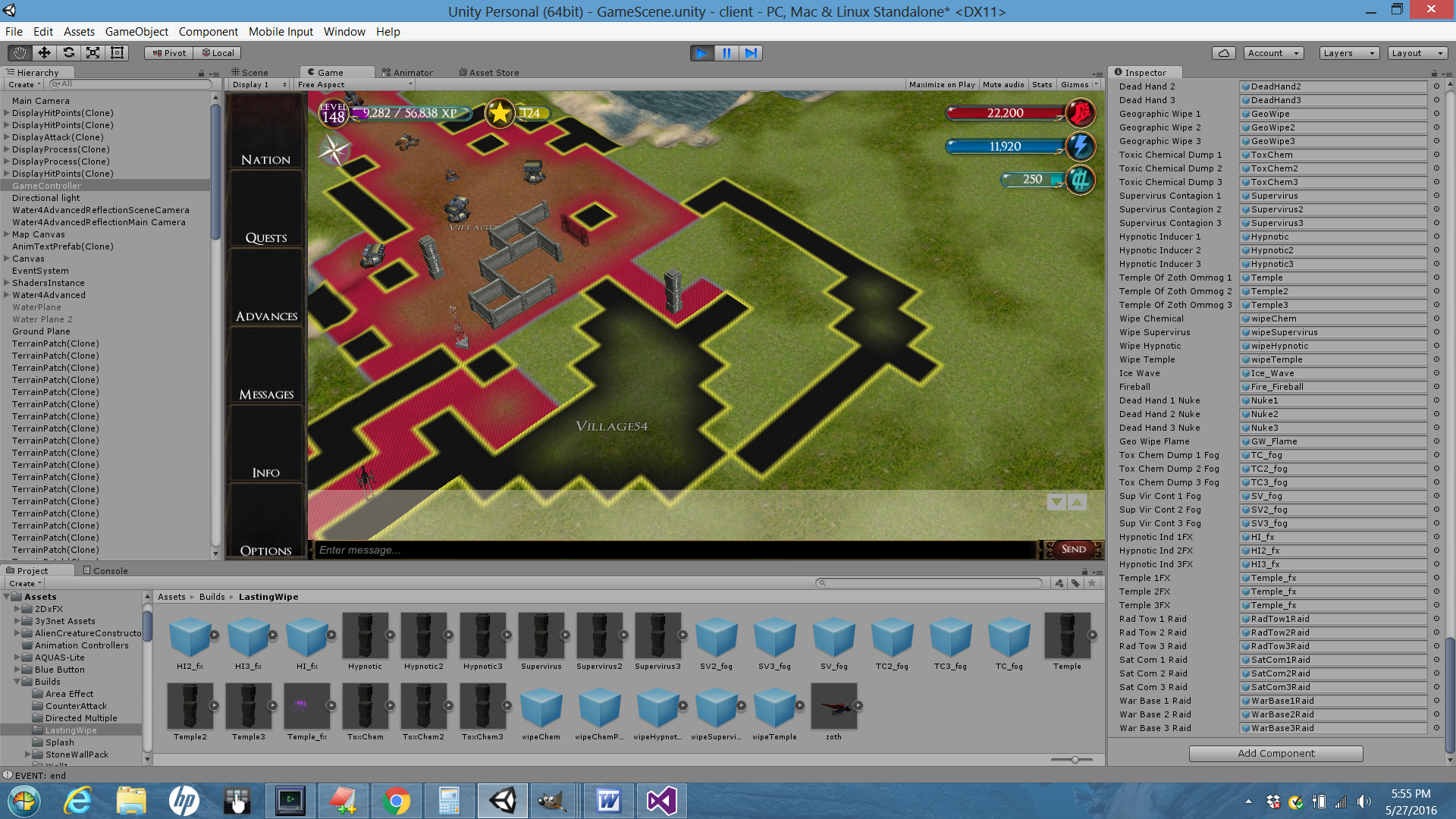 The tanks are rolling…

The tanks are rolling, the nukes are flying, and Zoth-Ommog has been summoned!

I know I haven’t posted an update here lately — I had a family medical emergency come up that I had to put a lot of time into. But that’s healing up well, and it has been a fairly productive last couple of months on War of Conquest.

The biggest difference between the original version of WoC and the new one is the way that fortifications and counter attacks work. In the original version, you could build forts on your nation’s squares, and you could have your nation automatically counter attack when attacked. In the new one, there will be dozens of different structures that a nation can build (depending on what techs they’ve developed), that have different amounts of fortification, and that can counter-attack in many different ways. This should add a lot more variety and interesting tactical challenges to the game. For the last few weeks I’ve been focusing on getting those different types of defensive structures working.

The screenshots here show WoC in the Unity development tool, where I’ve been testing out some of these new structures. Another visible change since last time is that I’ve gotten the status bars along the top of the screen working.