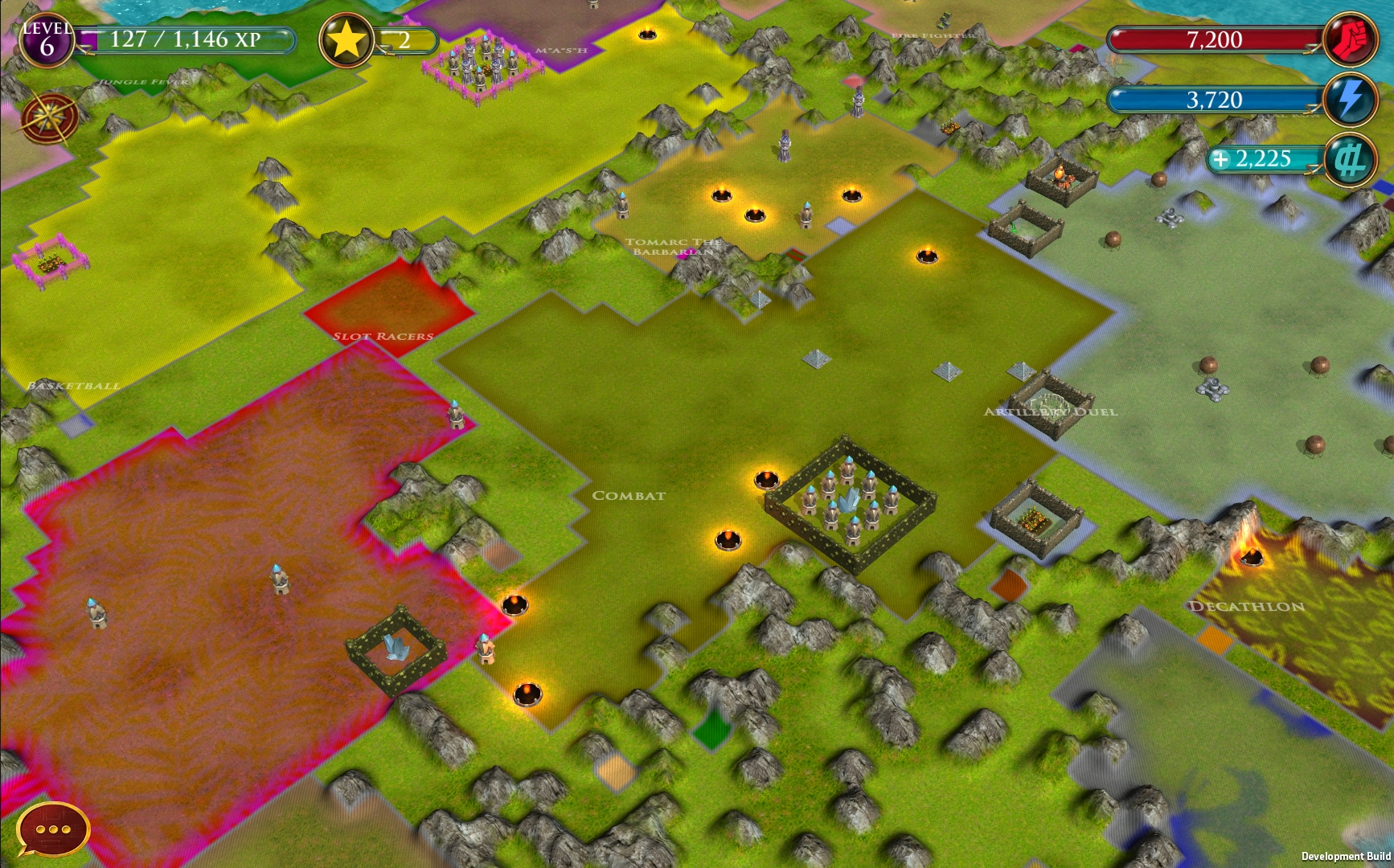 a single vast game world with thousands of other players. This is not one of those games where your kingdom sits alone on its own map. In War of Conquest your nation is deep in the fray, carving out a place for itself and fending off usurpers. Forge alliances with other nations to share crucial resources. Develop your nation on your own, enlist a team of friends to build your nation with you, or join forces with another player’s nation. 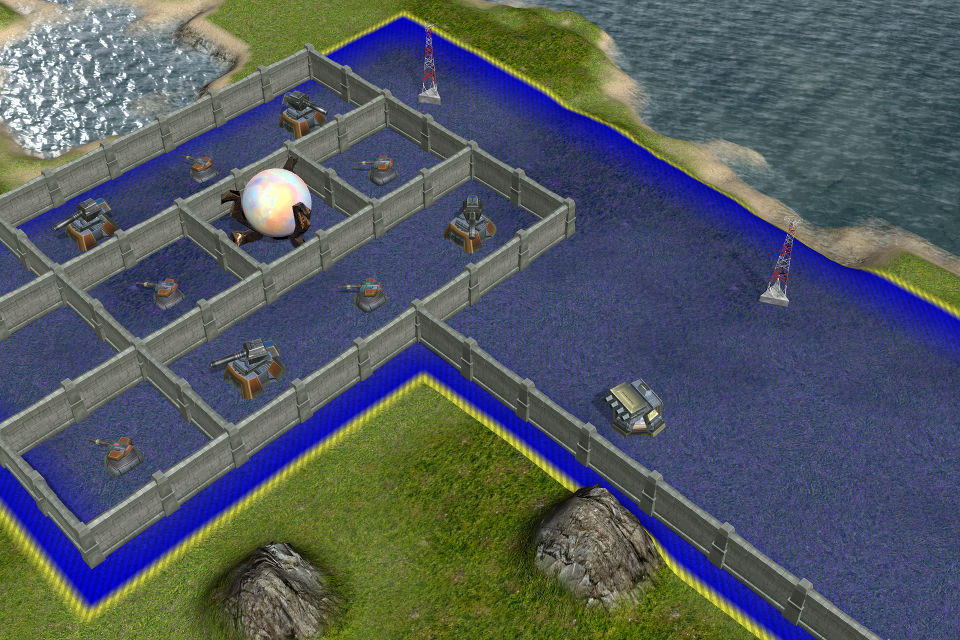 an ingenious system of defenses by combining dozens of different kinds of barriers, weapons and traps. Master strategies for defending the land and resources that your nation captures, and for neutralizing the strategies of your enemies. Your nation may be invaded over and over, but each time you’ll rebuild stronger and more adeptly than ever. 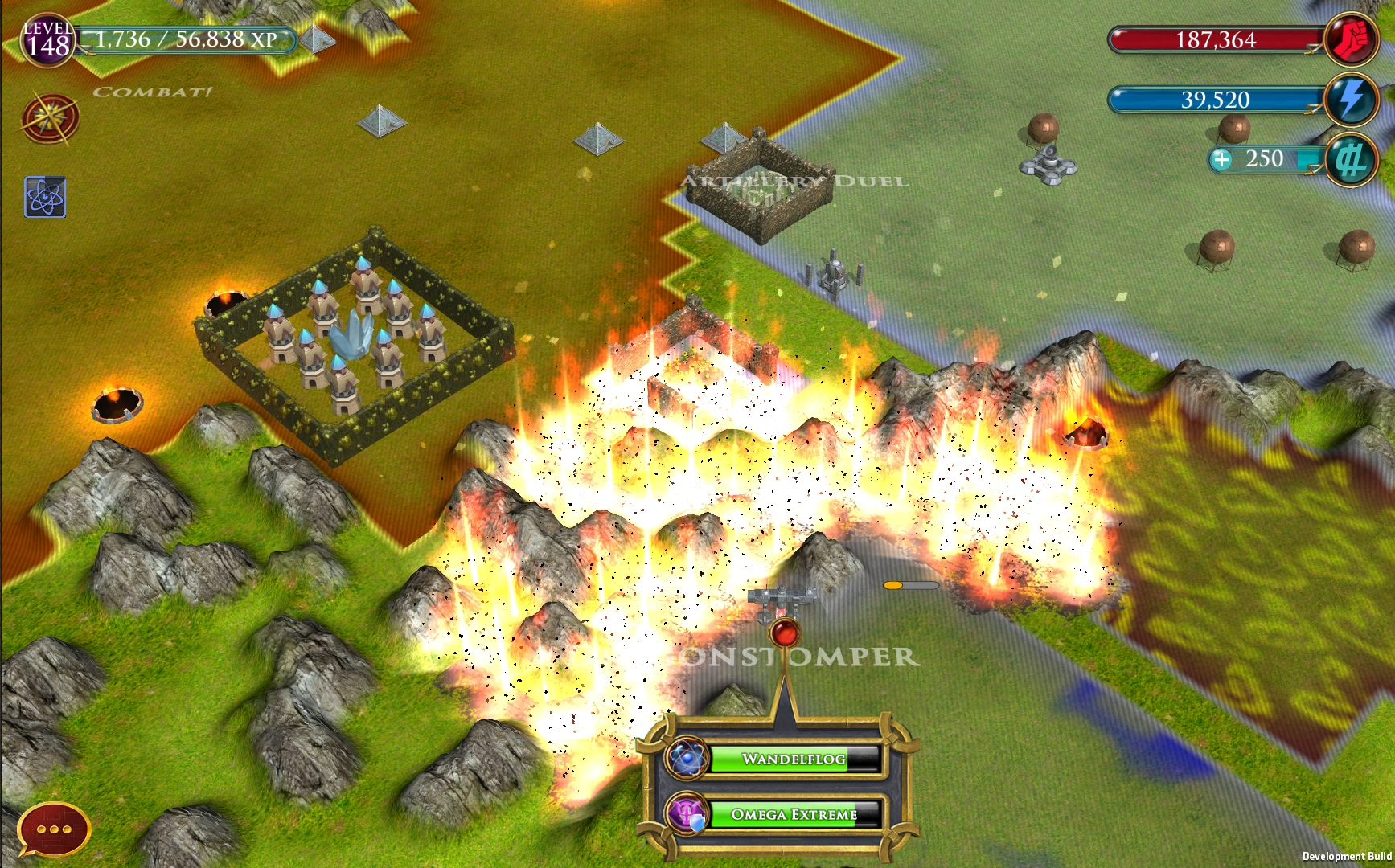 the lands you’ll need to support your nation, and capture and defend resources that will give your nation an edge in battle. Scattered throughout the landscape are Orbs, mysterious ancient relics that promise to imbue your nation with great power if you can manage to take possession of one and secure it from your rivals. As your nation advances you’ll make your way toward the harsher climes of the east, where greater rewards await… and where you may one day set eyes upon the mythical Orb of Fire.

Over three years of work have gone into the new War of Conquest so far. By leveraging the Unity game engine, we’re able to focus on developing and implementing a kick-ass game design while leaving the technicalities of 3D rendering, multi-platform compatibility and TCP/IP protocol to Unity. Programming is now mostly completed, and the Kickstarter campaign was a success. Over the last few months before release we’ve been working to complete the art, sound, music, and other aspects such as language localization. The final phase involves play testing, debugging and game balance.

Development screenshots from the new War of Conquest 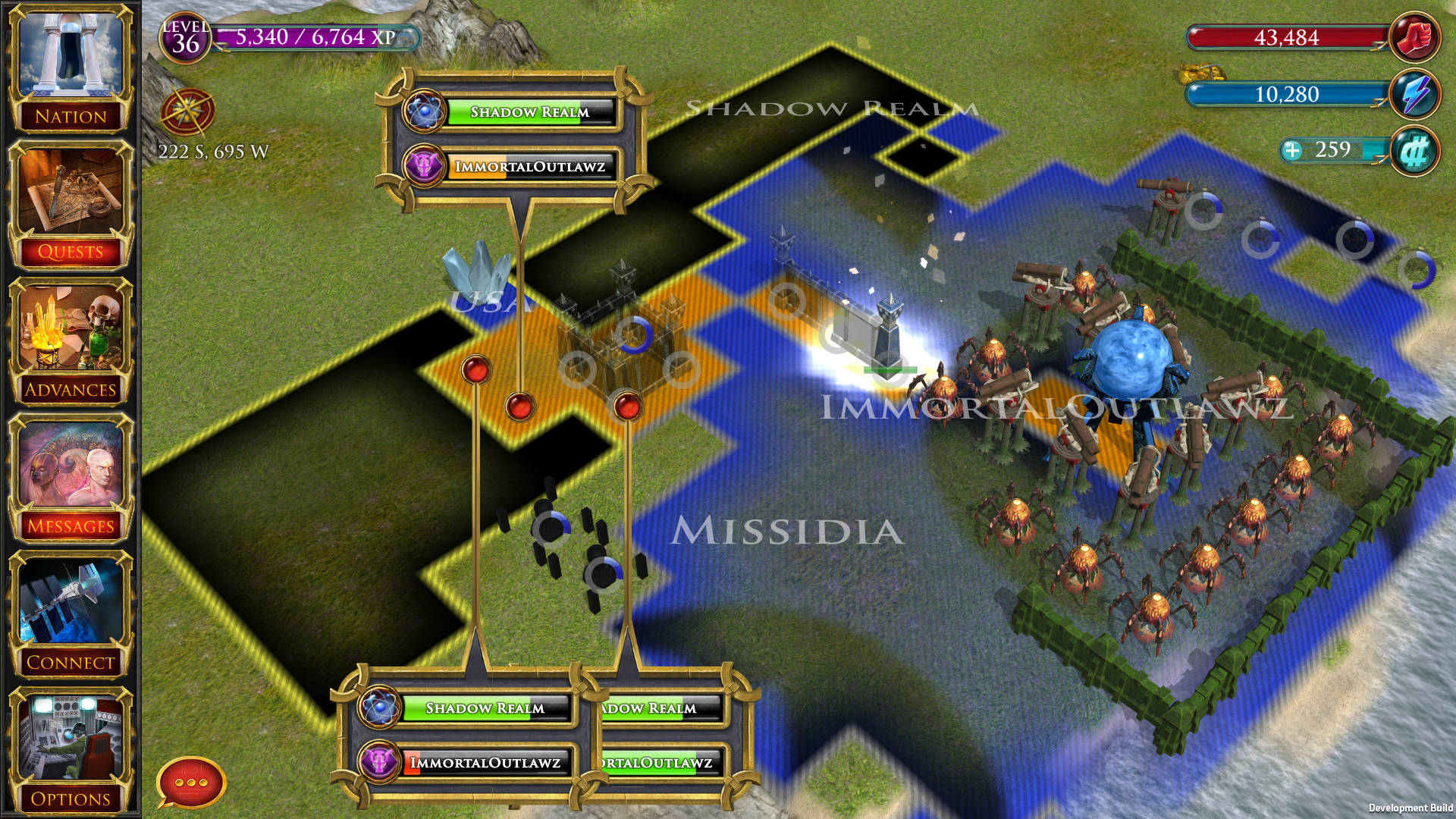 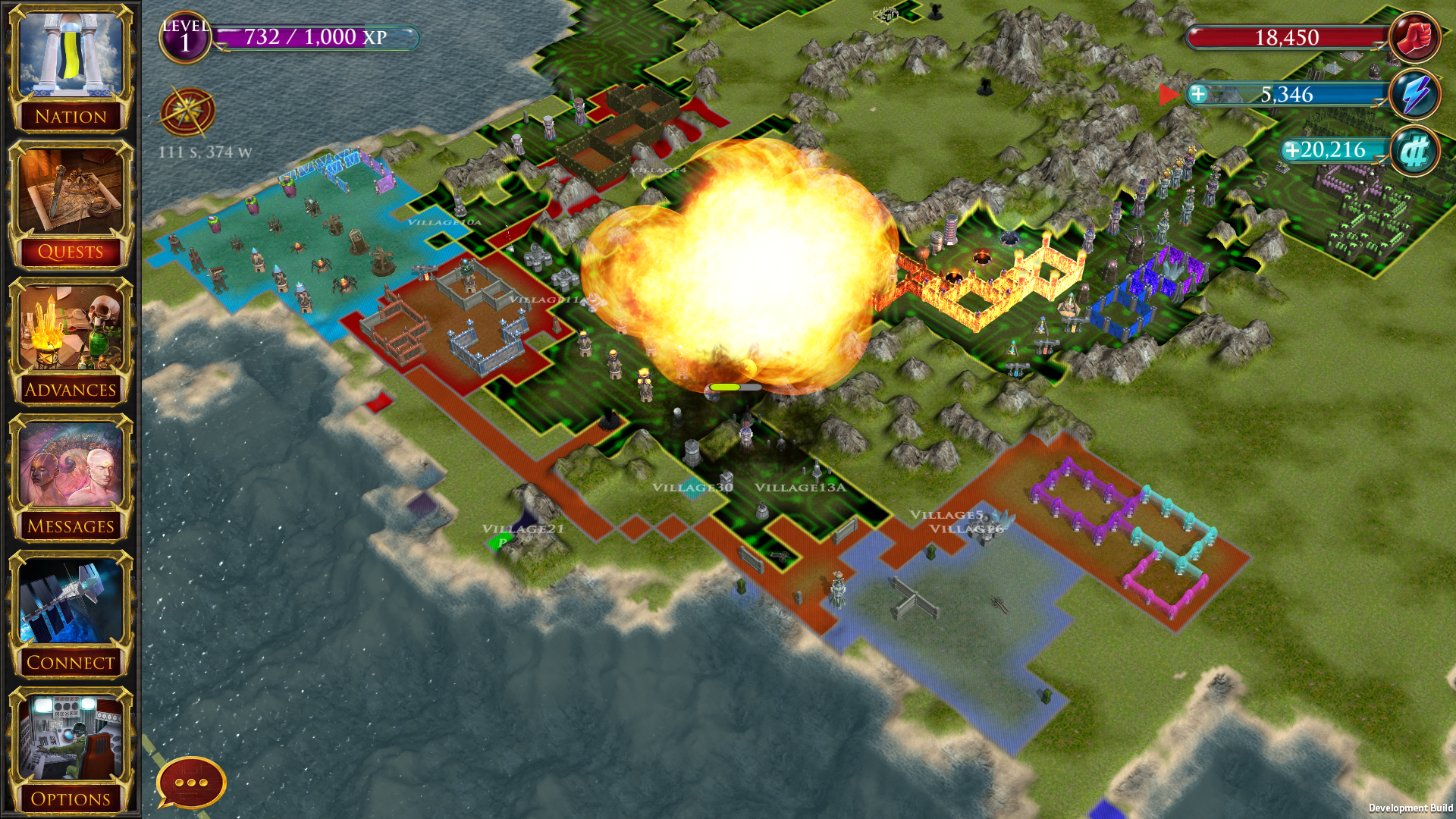 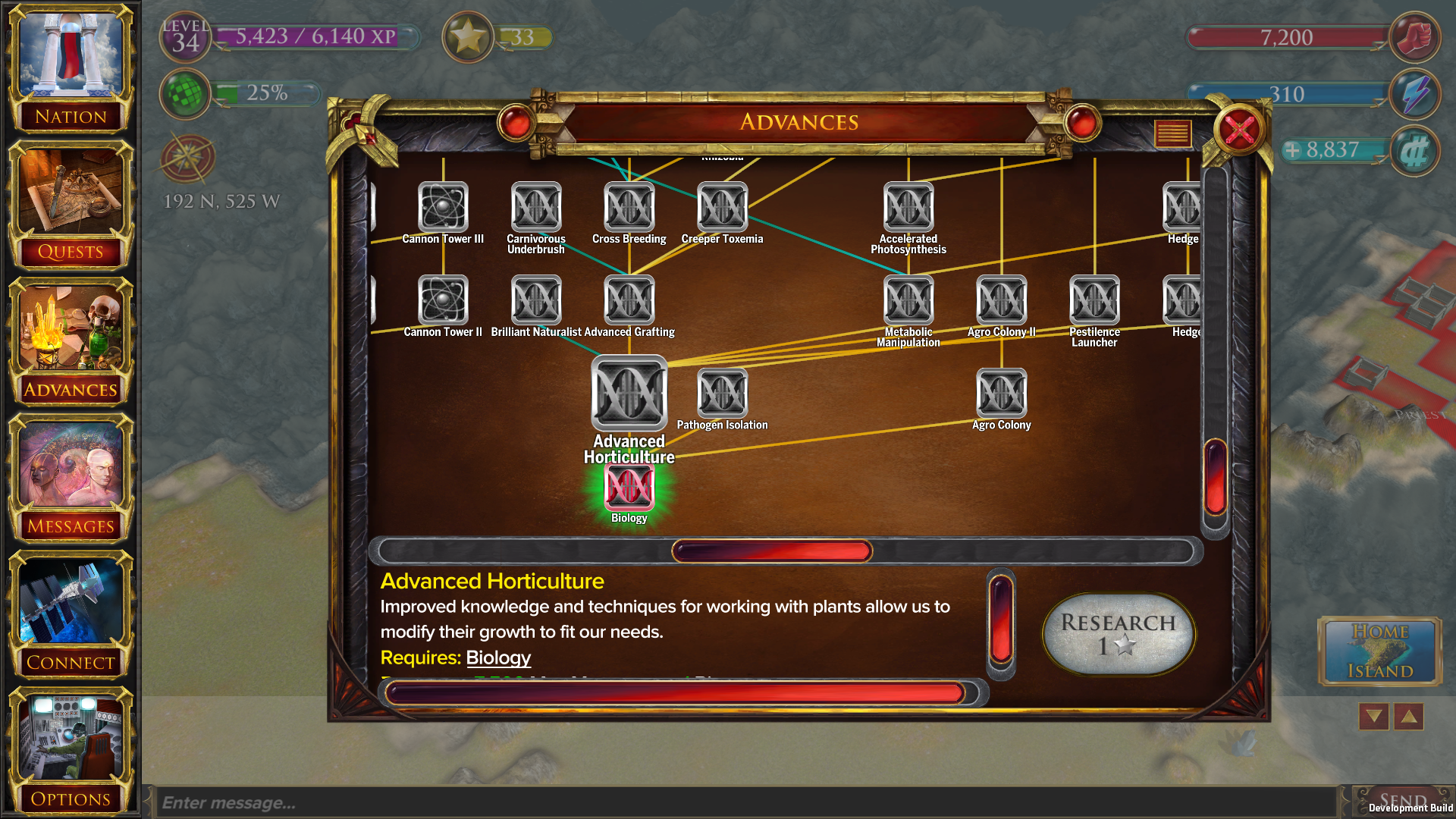 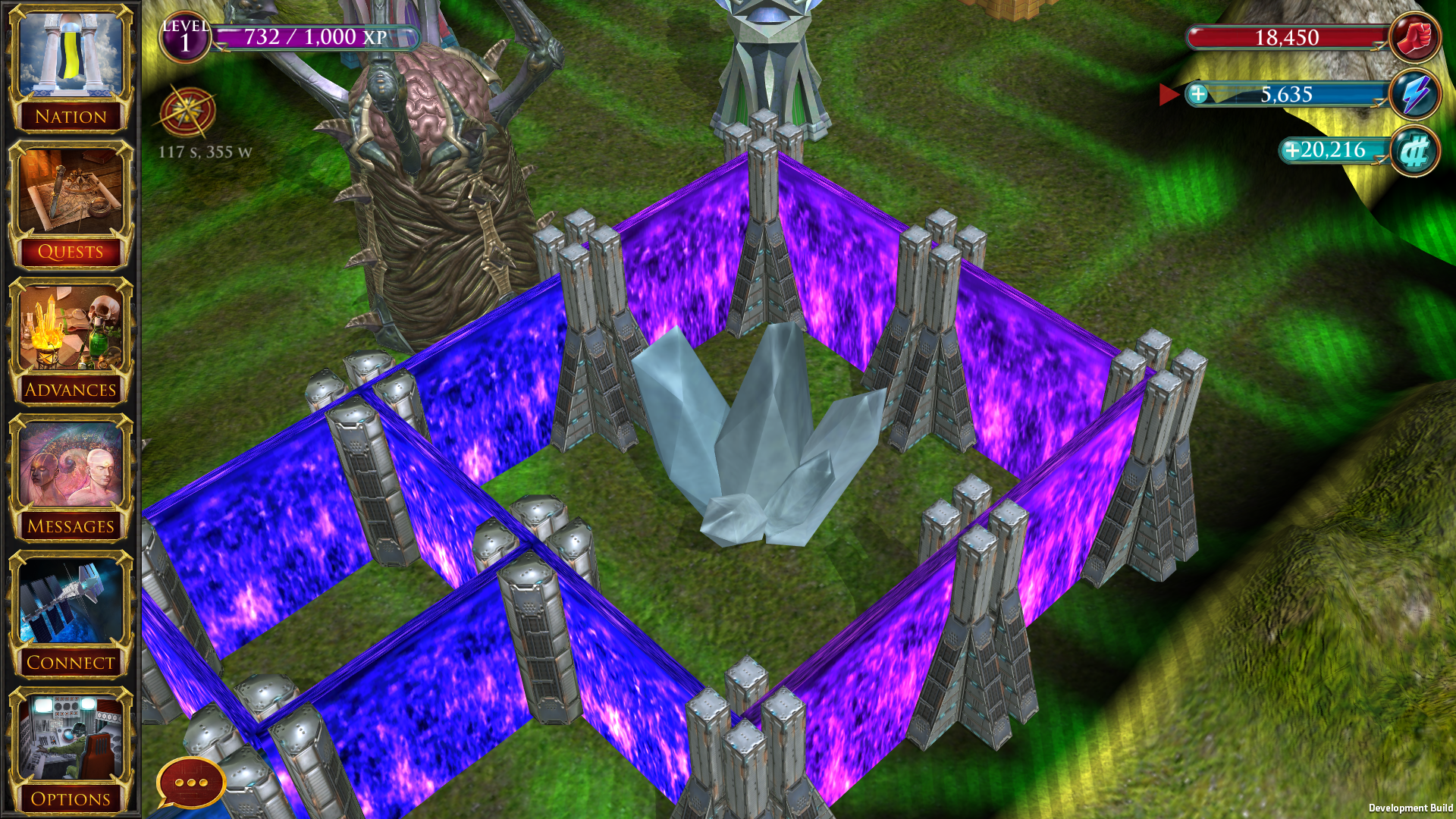 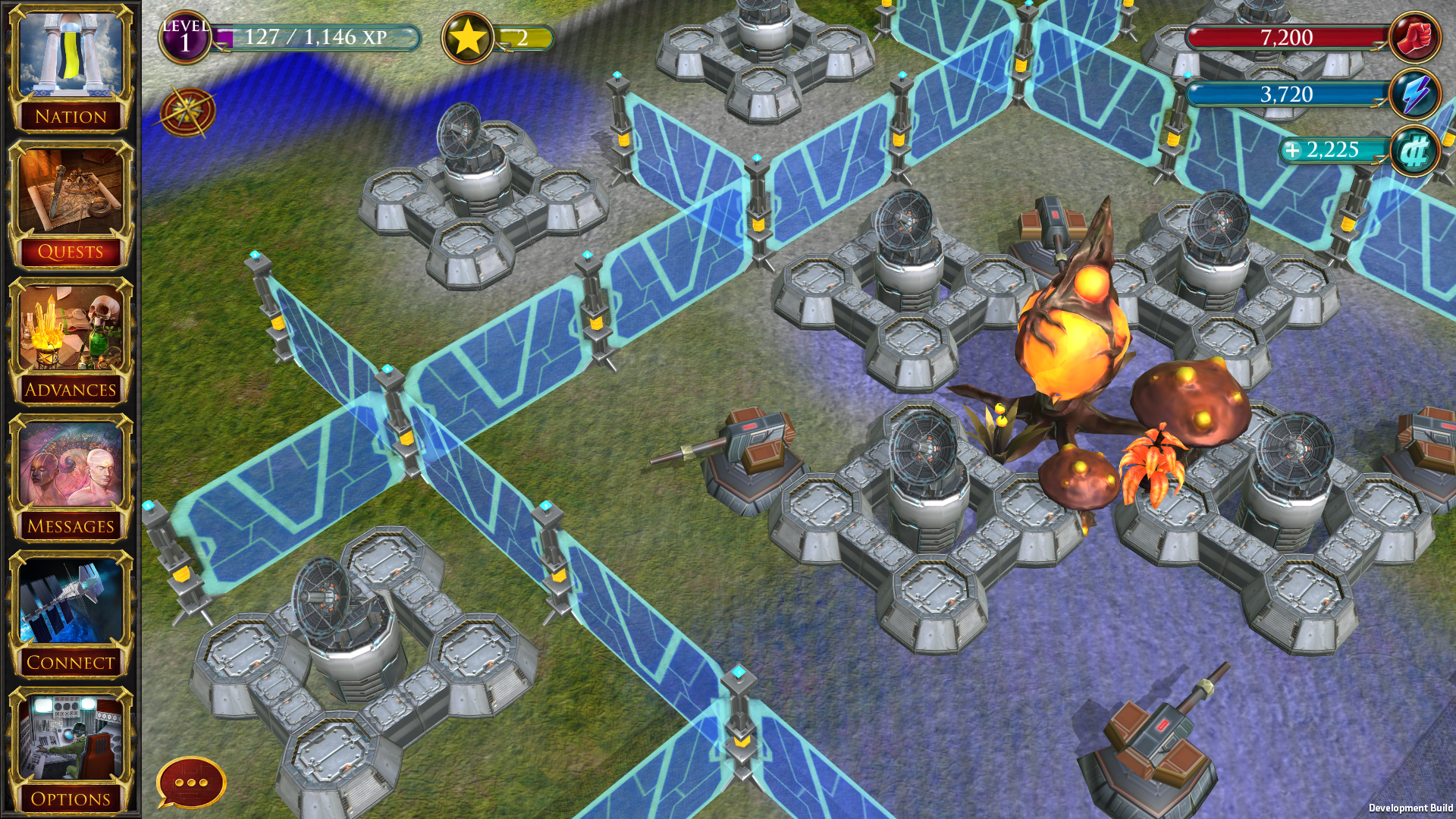 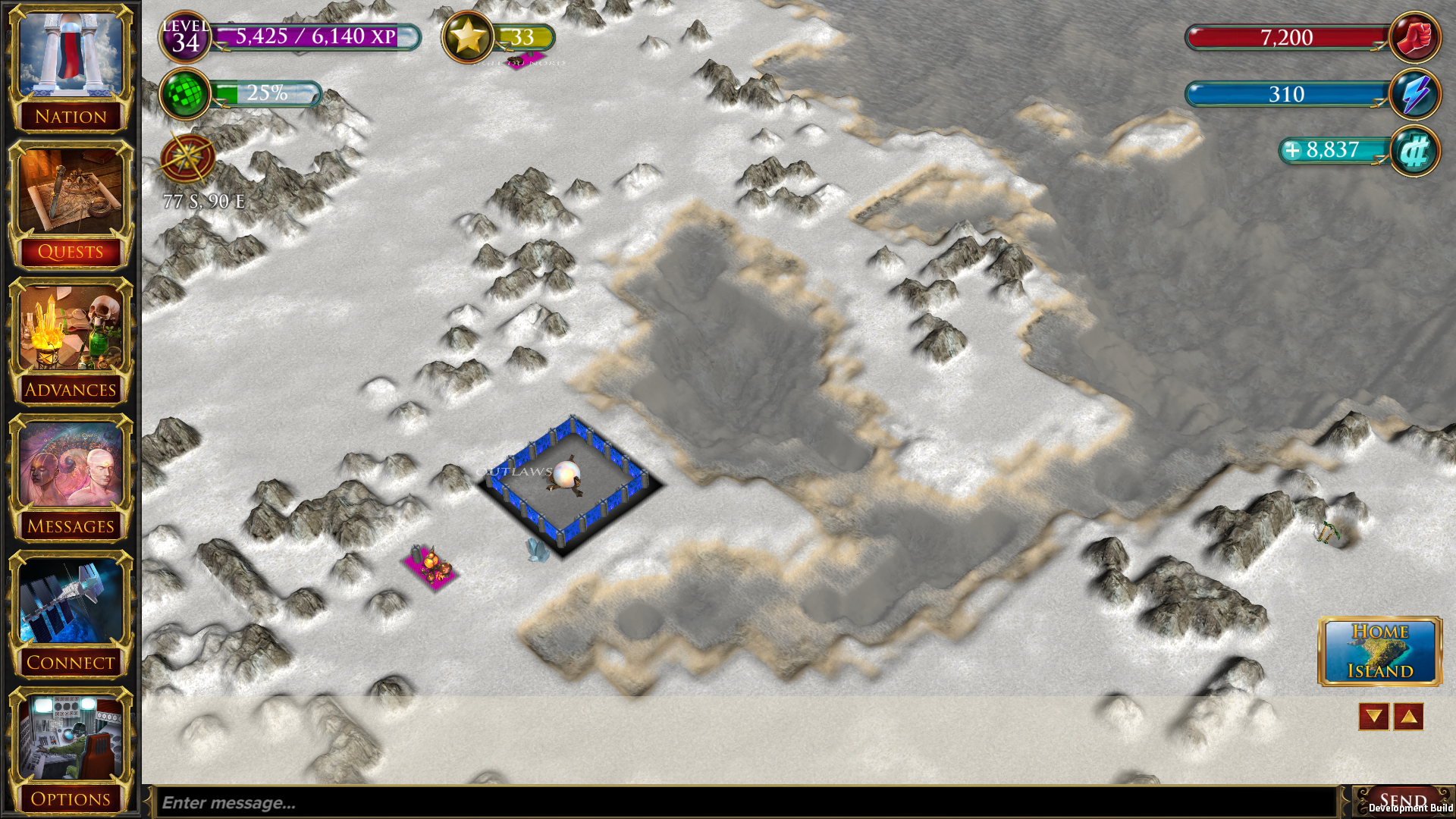 Join the War of Conquest community and stay up to date with the latest developments. You'll be among the first to find out about each update and new release now that War of Conquest is back online!

War of Conquest started out in 2002 as a Flash game. While its graphics were primitive, it was an innovative game in several ways. It was among the first massively multiplayer strategy games, and one of the first free-to-play games to utilize microtransactions and in-game currency. It also offered cash prizes to those players who were able to capture and hold the enigmatic Orbs of Power that dotted its virtual landscape.

Despite its outdated visuals, War of Conquest attracted a sizable following who found its gameplay addictive and valued the camaraderie they shared with its community of players. Five years after the servers shut down, War of Conquest players still have a presence on social media, where they’ve been clamoring for the game to make a comeback!

Screenshots from the original War of Conquest 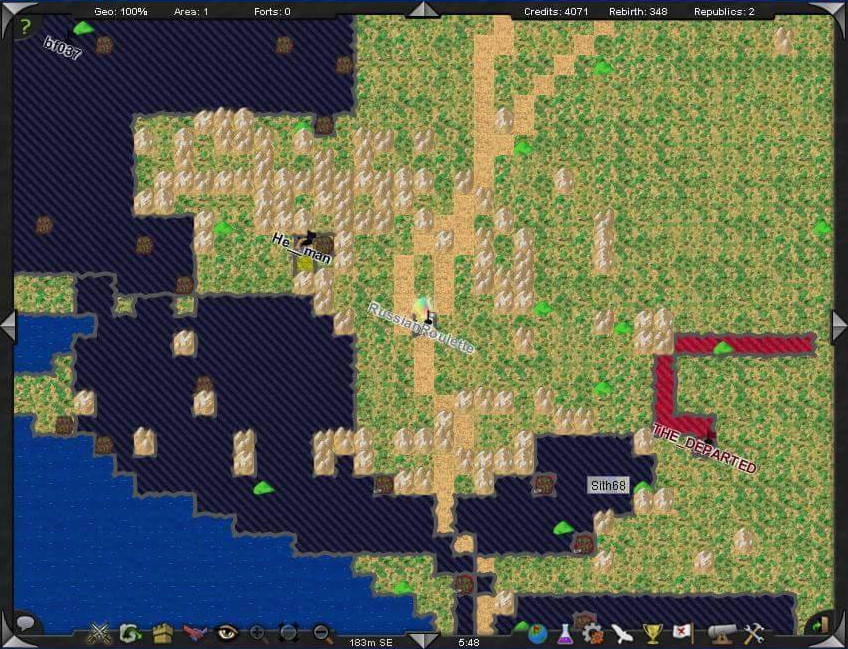 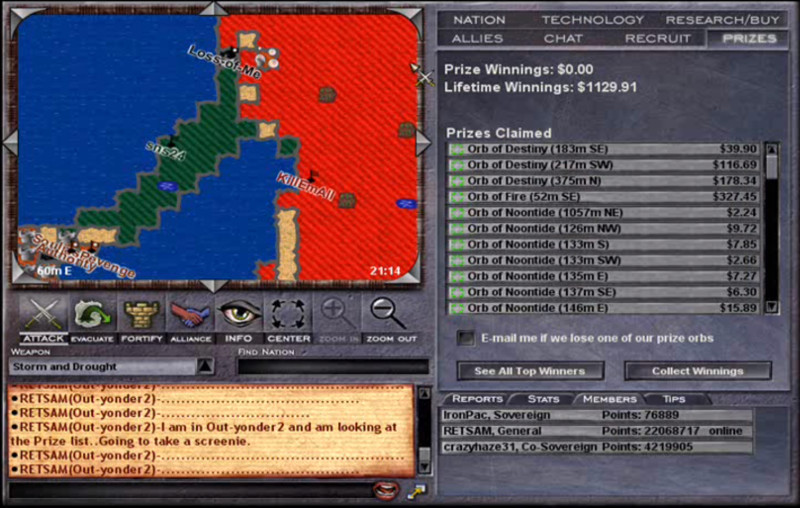 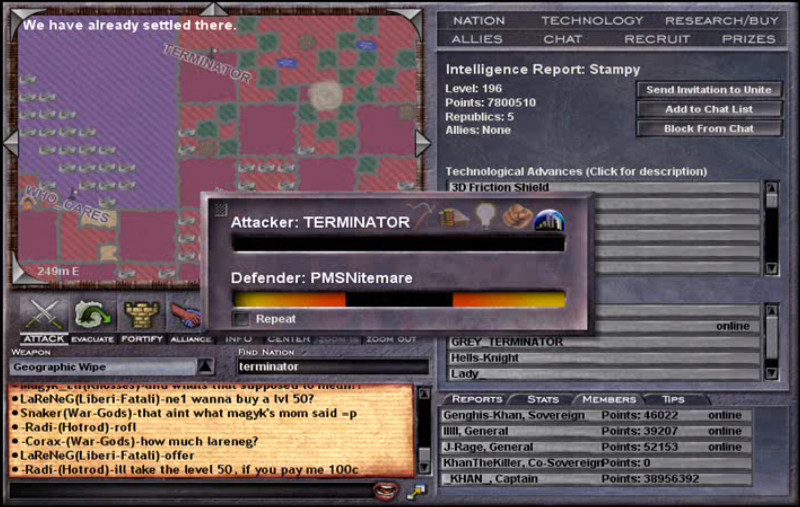 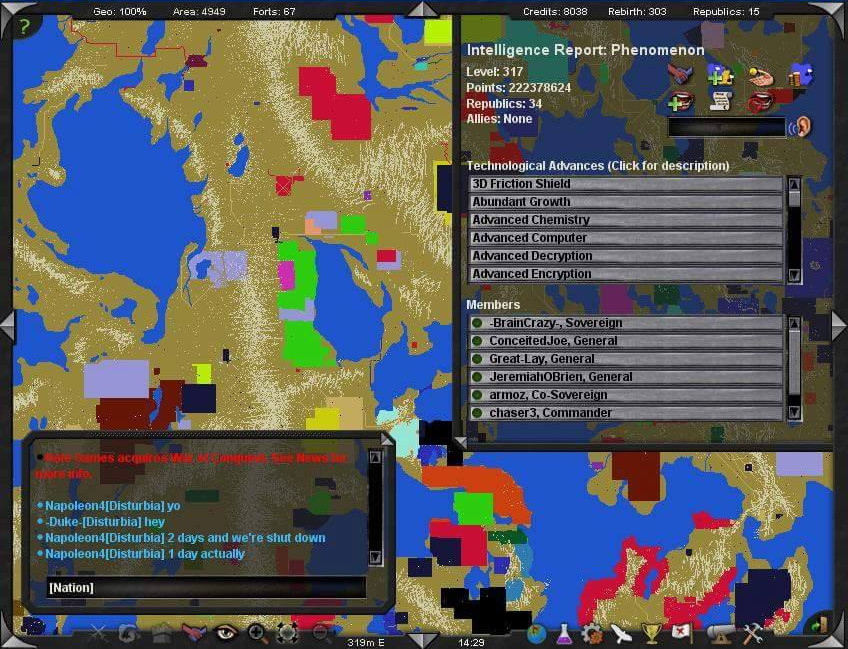 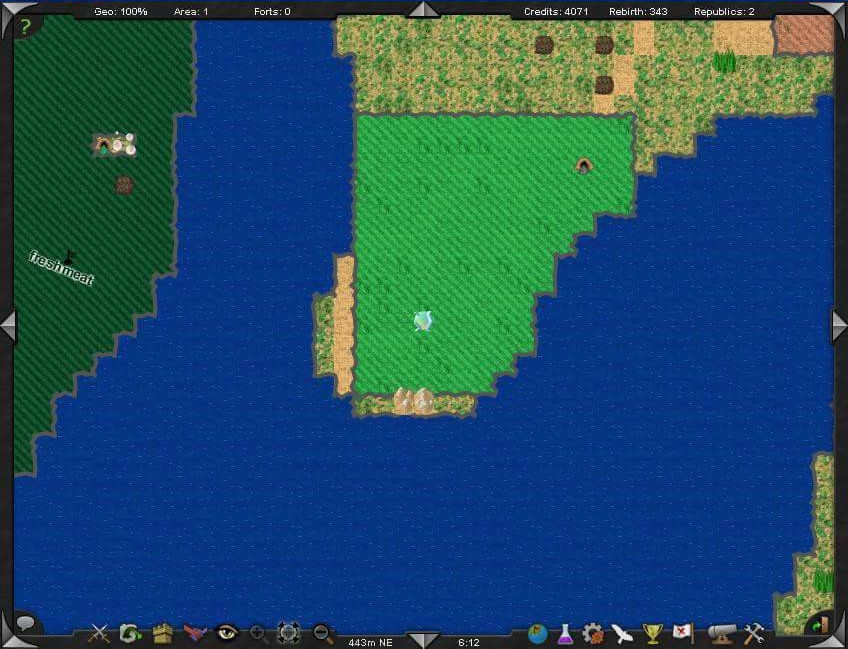 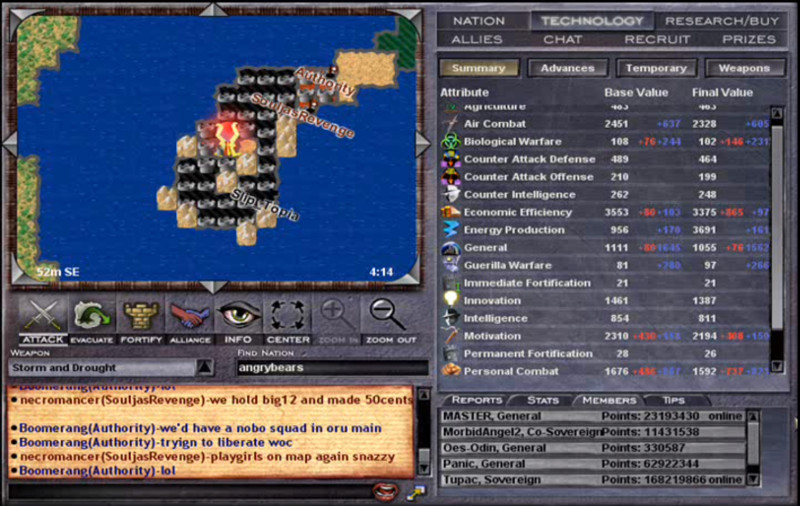 The new War of Conquest is built using the Unity game engine, and features vastly improved graphics as well as many more strategic possibilities. Players are able to build a diverse array of defensive structures that can be combined in novel ways to protect the land, resources and orbs that their nation has captured from its rivals. The new game does not offer cash prizes as the original did — instead, the reward for capturing and holding the game world’s various orbs will be the earning of in-game currency, called credits, which may be used to buy resources, customizations, and special technologies that increase a nation’s power.

At its heart, War of Conquest retains the spirit of the original. The game continues to be about exploration, advancement, capturing and defending the land and resources needed to give your nation the edge in battle, and working both with and against other players to get ahead. The ultimate goal of the game is once again the pursuit of the game world’s rare and coveted Orbs of Power — the nations who can hold these Orbs gain in both power and the respect of their fellows. 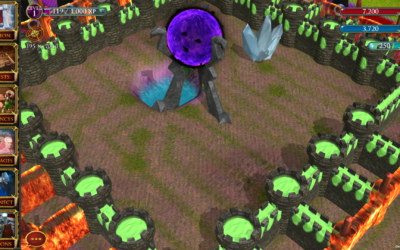 A few months ago I made some big changes in hopes of attracting more players to War of Conquest: cash prizes were back, and the "pay-to-win" model of buying credits was out, replaced by optional ads and surveys. Since then there have been a lot of new players trying...

END_OF_DOCUMENT_TOKEN_TO_BE_REPLACED 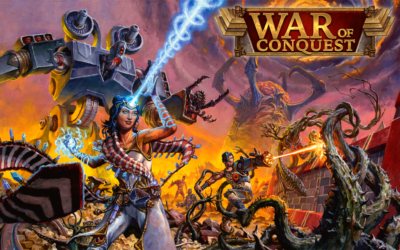 (Note: As of April 2020, cash prizes are once again being removed from War of Conquest. The following post is no longer accurate.) Cash prizes are back! Capturing and holding Orbs now earns your nation prize winnings, that can be traded in for credits or cashed out...

END_OF_DOCUMENT_TOKEN_TO_BE_REPLACED 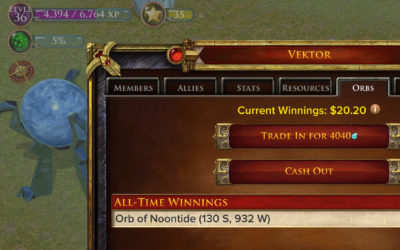 Since its release on Steam, War of Conquest hasn't succeeded in attracting the numbers of players needed to make it a success. For the game to keep going, some big changes are necessary -- and they're on their way soon. Here's what's planned: Cash Prizes are Coming...

END_OF_DOCUMENT_TOKEN_TO_BE_REPLACED 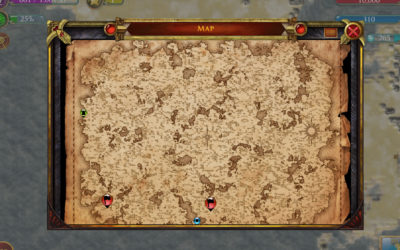 It was a valiant attempt, but doomed to fail. From the start I've been working to balance War of Conquest to appeal to casual and solo players, while also satisfying the more hardcore players. It's been a tightrope walk throughout alpha and beta, putting the right...

END_OF_DOCUMENT_TOKEN_TO_BE_REPLACED 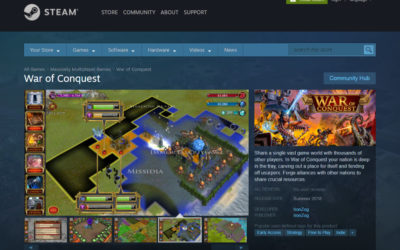 One year after the Kickstarter campaign began, and eight months into beta testing, War of Conquest will be coming to Steam Early Access next Thursday, September 20th! The Steam store page can be found here: https://store.steampowered.com/app/767300/War_of_Conquest/ If...

END_OF_DOCUMENT_TOKEN_TO_BE_REPLACED 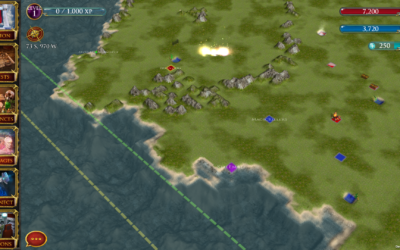 Tonight beta testing has begun, and War of Conquest is now open to all! You're invited to log in anytime, see how the game's development is progressing, and maybe run into some familiar friends (and rivals) from the original! You can download the game client here:...