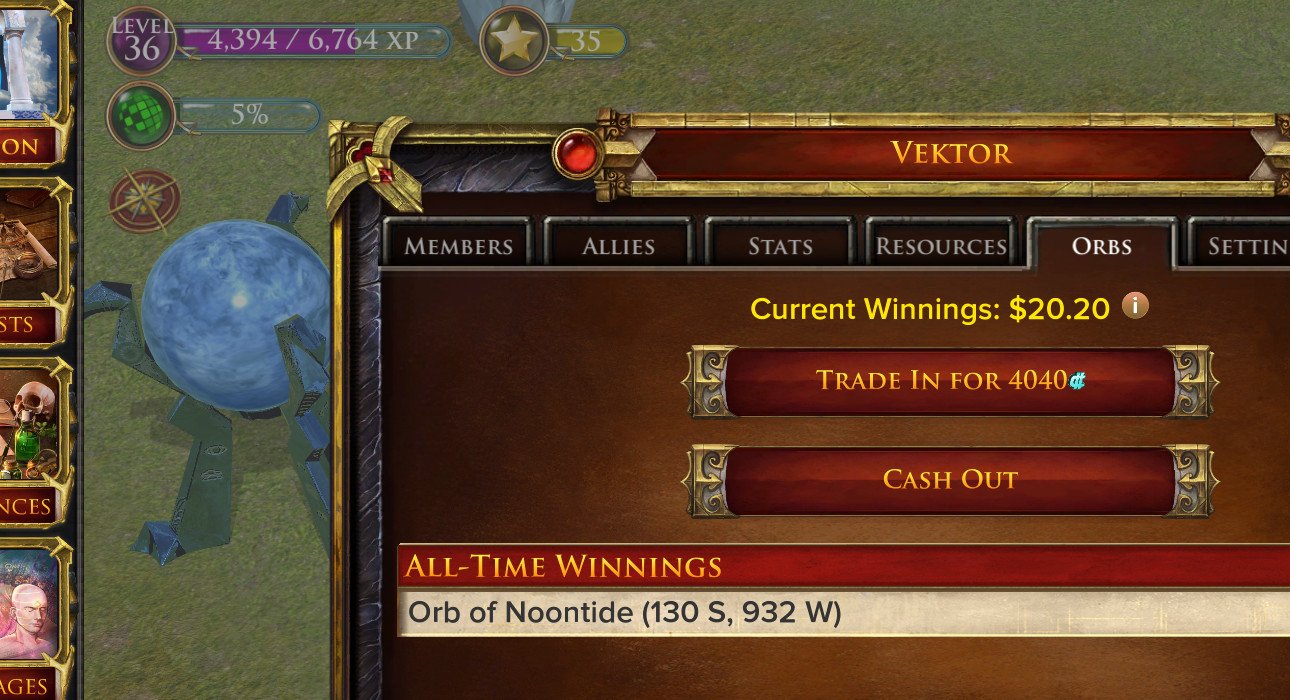 Since its release on Steam, War of Conquest hasn’t succeeded in attracting the numbers of players needed to make it a success. For the game to keep going, some big changes are necessary — and they’re on their way soon. Here’s what’s planned:

Cash Prizes are Coming Back

Probably the feature most responsible for drawing new players to the original War of Conquest was the prospect of winning cash prizes by successfully capturing and holding Orbs. But as online laws changed, it became more difficult to offer prizes in a game that also allowed players to make purchases; because of this, the new War of Conquest dropped cash prizes altogether. That strategy is about to change — starting soon, the winnings you earn by holding Orbs will be able to be traded in for credits, or cashed out via PayPal.

One of the most frequent player complaints has been that those who are willing and able to put a lot of money into the game have a solid advantage over those who aren’t. Despite several changes being introduced to address this, the perception of War of Conquest as a “pay-to-win” game remained.

To eliminate this stigma once and for all, it is now no longer possible to purchase credits (the in-game currency) in War of Conquest. Instead of buying credits, players will have the option to watch rewarded video ads or complete offers such as filling out short surveys, in order to earn credits. This change will put all players on an equal footing, affording no one an advantage due to their finances.

The long awaited iOS version of War of Conquest will soon be available on the Apple App Store. iOS users can download the beta version right now using the Testflight app, by going to:

And while War of Conquest has been available for testing on Android for a while, it will soon be released on the Google Play Store. These mobile releases will open up War of Conquest to a vast new audience!

Several changes to game balance are being made, including some that make the game more friendly to large teams. While the Algaroth server will continue to be aimed at new and solo players, nations on Terra Bellum now generate manpower at 5x the normal rate, removing a major obstacle for large groups who want to play within the same nation.

The above changes mean major shifts in how War of Conquest’s economy and gameplay work, and so it wouldn’t be fair to pit new nations against nations that evolved before these changes went into effect. At the same time, players have put a lot of effort into the game so I want to avoid a complete server reset. So, the plan is to do a partial server reset. Nations will keep their current level and XP, and any credits they’ve received as free bonuses. However, any credits a nation still has that were purchased or were won from Orbs will be removed. All credit purchases made in the past 6 months will be refunded. Nations’ rebirth level bonuses will be capped at 10, and most lists of all-time ranks will be wiped clean. This partial server reset is scheduled for early January, so players still have more than a month to enjoy the current state of the game world before the semi-apocalypse hits.

Altogether, the coming changes will result in a very different game. Some of these changes are already in progress, and the rest are planned for early January. The goal is to bring War of Conquest to a much wider audience, and to draw them in with fairer gameplay and the prospect of real-world prizes. With any luck this will translate to an influx of new players that will help make War of Conquest a compelling experience for years to come!