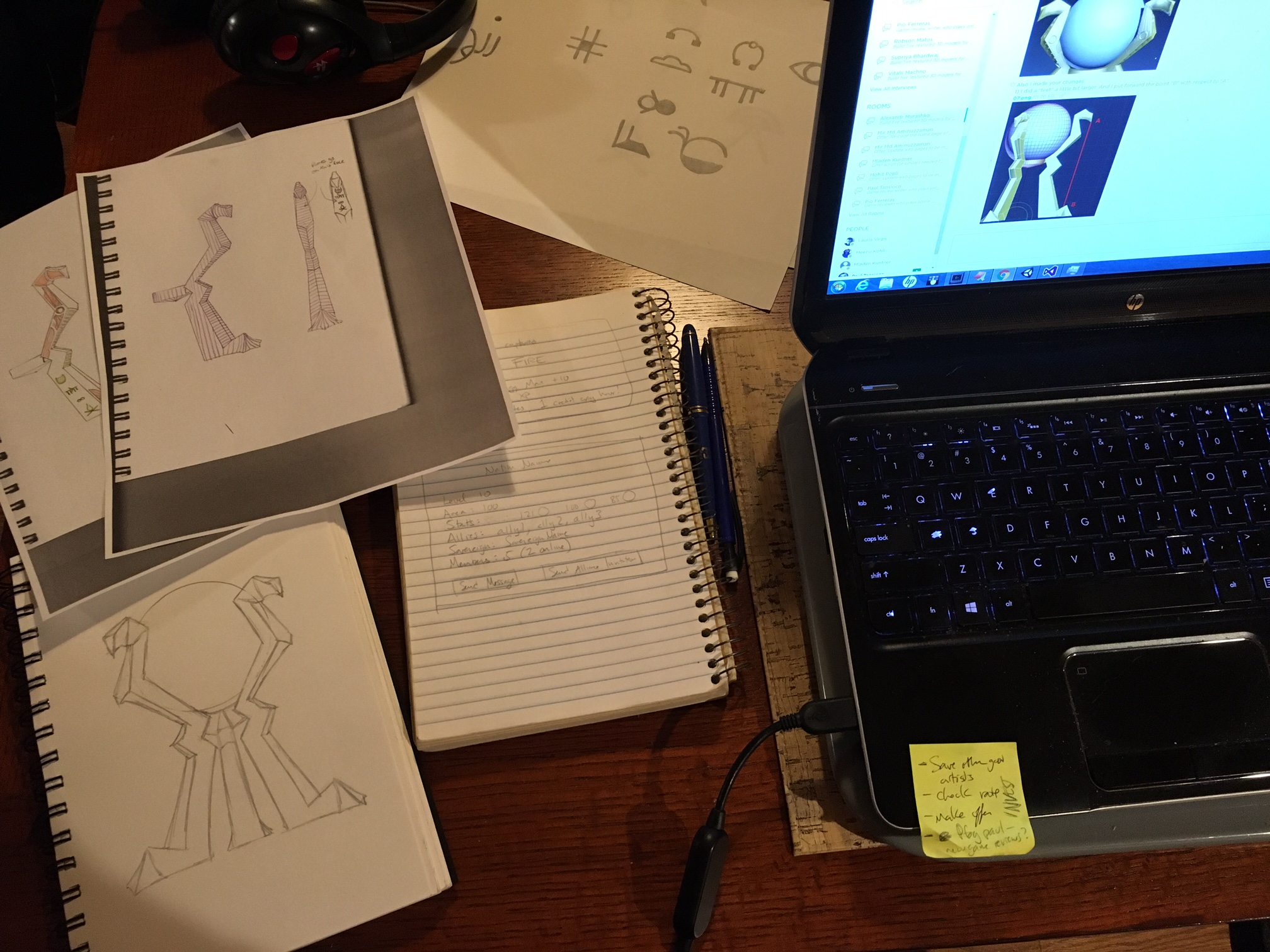 The game is steadily progressing… though every step takes a little longer than planned. Hopefully it will be entering early testing before the end of the year. Not yet sure if the Kickstarter will run this year or early next year — I’ve read that Kickstarter campaigns don’t do as well in November and December as in other months, so it’ll either be before then or right after.

In the last few days I’ve been getting the Orbs up and running again, and working with an artist on how they’ll look. Also been working on an unusual Kickstarter reward. The picture shows some recent notes and sketches.