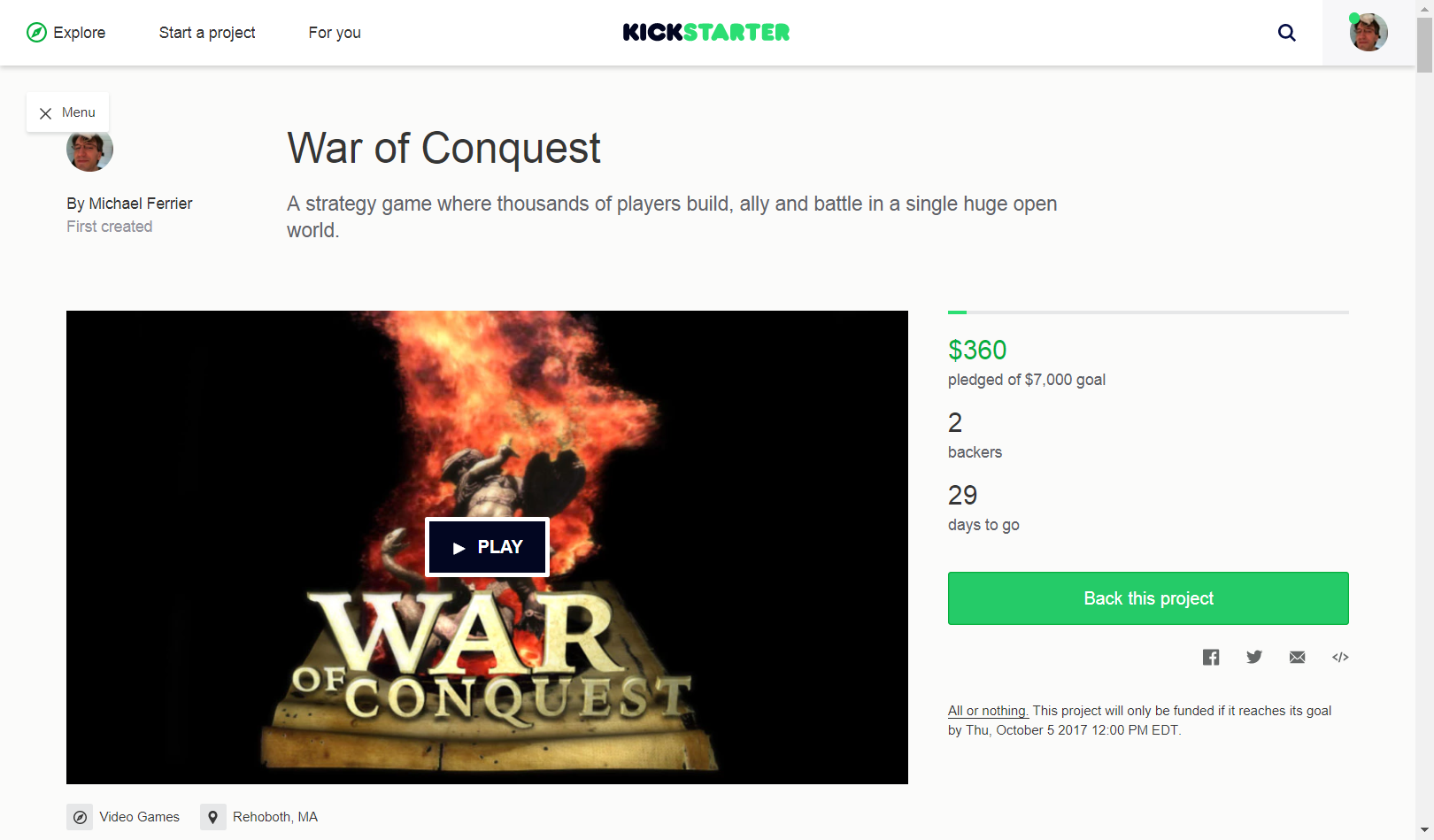 This is it: the War of Conquest Kickstarter campaign has begun! Starting today we have 30 days to raise the funds needed to finish and launch the new War of Conquest. These first couple of days are especially important, though — if we can quickly reach 30% of our $7000 goal, the campaign will be considered to have momentum, and will get on lists of “popular” campaigns that will help it reach a much broader audience of more potential backers. So if you’re considering backing War of Conquest, now is the best time to do it!

There are 14 reward tiers to choose from, ranging from $1 to $1000, so there’s a path for everyone who wants to help bring War of Conquest to life. There are many different rewards — you can reserve your nation name, add your name to the game’s credits, record a sound effect, get a 3D printed model of the Orb of Destiny, and much more!

I’ve already put two years of work into making War of Conquest a kick-ass game that’s unlike any other, and this campaign is our chance to finish it up and give it the relaunch that it deserves. I’m extremely grateful to all of you who are able to make a pledge, and to all of you who help spread the word to gamer friends, forums and sites. The adventure begins!

Check out War of Conquest on Kickstarter!